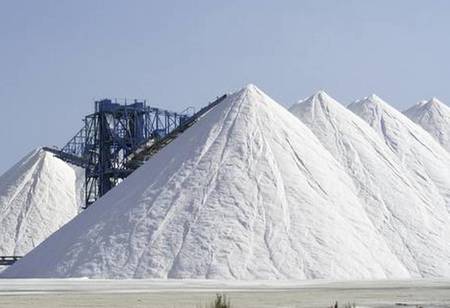 Tata Chemicals is looking forward to acquire the industrial salt unit of Archean Group that could value the business at 4.5 billion rupees ($61 million) at a minimum, says the sources close to the company.

The board of Tata Chemicals is set to discuss the potential offer so soon as this month, states the people who had asked to be identified as the information is private. The company is also negotiating and could still fall apart.

A representative for Archean declined to comment, while a representative for Tata Chemical didn’t provide any immediate comment.
A potential deal could offer a reprieve to Archean, which has been struggling to service its debt obligations for the past two years. The Chennai-based company, founded in 1982, has businesses spanning from industrial salt, fertilizers to mining, according to its website.

The Archean unit, with a production capacity of 3 million metric tons, makes industrial salt used as an intermediary in the manufacturing of products from detergents, textile dyes to plastics and glass.

In 2018, India Resurgence Fund, a joint venture between Bain Capital and Piramal Enterprises Ltd., invested $156 million in Archean’s marine chemical business. The company said it would use the proceeds for refinancing existing debt and providing capital to grow its market share in India and abroad. ICRA, a credit rating agency, upgraded Archean’s rating in October 2019 citing operational improvements since the investment, but said its capital structure remains highly leveraged.