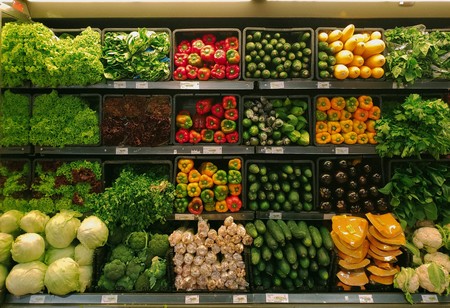 In the end of the September, Tata Group, the Indian multinational conglomerate holding company reportedly started talking with potential investors about taking stakes in a new digital platform, seeking to modernize its consumer businesses. Recently, the group is in talks to buy a stake in online grocer BigBasket as it plots to join Reliance Industries Ltd (RIL), Amazon and Walmart group in a market that is seeing explosive growth following the pandemic and lockdowns. Two people familiar with the matter said the Mumbai-based conglomerate may in the first step join the ongoing fundraise of Alibaba-backed BigBasket, which is looking to raise around $200 million in primary equity infusion.

A potential deal will likely value BigBasket at nearly $2 billion, an almost 40 percent premium to its last fundraise, said one of the two people. It’s also reported that the funding round is likely to witness the participation from global investors such as Singapore’s Temasek Holdings and Generation Investment Management, a private equity firm Co-Founded by former US vice-president Al Gore, and former Goldman Sachs’ Asset Management Head David Blood in 2004, the people said.

“Tata, Temasek and Generation Investment Management are in advanced talks with BigBasket. The deal size is around $200 million, which will be entirely primary capital to boost the company’s growth,” the second person said, seeking anonymity. They further added “The transaction in all likelihood is a pre-IPO round, and a public listing is expected in 18 months”.

Both people cited above did not disclose the size of the stake Tata group is looking to buy. Also a Tata group spokesperson declined to comment. Temasek and

Tata, Temasek and Generation Investment Management are in advanced talks with BigBasket. The deal size is around $200 million, which will be entirely primary capital to boost the company’s growth

BigBasket, too, declined to comment. An email sent to Generation Investment Management did not elicit a response till press time. The news was first reported by Financial Times on Wednesday. Mint reported on May 25 that BigBasket has appointed Goldman Sachs and Morgan Stanley to help raise funds and that the e-grocer is eyeing a valuation of $2 billion in its latest round.

“Covid has led to a metamorphosis of India’s retail sector, and with consumers adapting to online shopping swiftly, the segment has become even more attractive for investors. Tata’s interest in BigBasket could be a result of that,” said a consultant on condition of anonymity as he advises retailers.

Tata has a wide presence in the offline retail and fast-moving consumer goods segment. While the company made its online retail foray in 2016 with the launch of its online platform Tata Cliq, analysts said the company is yet to attain the scale of rivals Amazon and Flipkart. In August, N Chandrasekaran, chairman of Tata Sons, the parent firm of Tata group, said the group is building a super app that will go live in December or January. The app will put together the company’s offerings on a single platform.

“We estimate the proportion of modern retail in terms of sales could increase from 5.7 percent of the retail market in FY18 to 13.4 percent in FY23,” UBS Research stated in a note dated September 21.

Tata’s interest in BigBasket comes at a time when the group is looking to enter the online commerce market in a big way. In August, Financial Times cited Tata Sons chairman Chandrasekaran as saying the app would eventually encompass services from food and grocery ordering to fashion, electronics, insurance, healthcare and bill payments.
Read More: