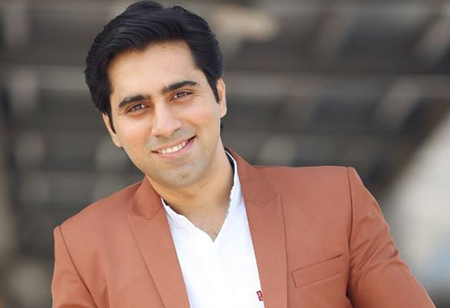 Prior to joining Dayim Holdings, Amit worked as a management consultant at Mckinsey & Co., Cushman & Wakefield, and Kotak Mahindra Bank in the investment & strategy management domain.

I have always marveled, as to why women are more committed and driven in a corporate set up or in any task for that matter. What motivates them to be so methodological and coherent as compared to their male counterparts. I have a twin hypothesis theory on this subject. Firstly, when most men are driven by money, achievements, and focused on the stars on their shoulders and dollars in their bank accounts, women are driven just by the accountability of executing their work in the most efficient way. Maybe it’s just the way women (well most) are programmed. They are more driven by the process and cause, than the impact and end results. To give a caricaturish illustration, you will watch more women, driving a car and enjoying the journey, and many men just focused on reaching their destination. Women believe in dancing in the rain, as the men tend to wait for the weather to clear literally and figuratively. Look around and you will see lots of extremely happy working women and a lot of depressed working men in the corporate world. Ever thought why?

The second part of the hypothesis says that maybe they value the opportunity to prove themselves more than men do. They have always got the hard end of the stick when it comes to getting fair opportunities, so there is an innate urge to prove to themselves and the external world of their capabilities, competence & potential.

Either way, I strongly believe, given the same education, life, and corporate experience, women are more likely to perform better in the corporate world. Yes, I said it and I am not playing to the galleries here. It is a fact. Yes, the comparisons are sometimes not as palpable to us, since women do not get the same career curve and opportunities as men.

Most of us will openly or silently acknowledge this, we all have known it and experienced it, personally, intuitively and anecdotally. But let’s look at some facts and data to support the first part of the hypothesis. As per ‘Hive’, which is a productivity analysis platform, women on an average work reasonably more than men in the workplace. An even more interesting observation is that women are allotted more non-promotable tasks as compared to men. A non-promotable task is something that will not directly help a person in the advancement of their career but will be useful for the greater good of the organization. This supports the above hypothesis of women being more driven by the accountability of the task and not just the end results for their own self-interest and just the goal of career advancement.

Now let’s talk about the opportunities they get!

Why do people always remember the Women CEO names in the corporate world on their fingertips? Because there are so few of them. Out of the 500 S&P companies, only 37 are women, that’s less than eight percent. As per the latest report of Global Gender Gap Report 2020 by the World Economic Forum, it will take 99.5 years to close the Gender gap in the corporate world. The study charts out the gender gap based on a variety of factors including economic participation and opportunity, educational attainment, health and survival, and political empowerment.
Then there is the conspicuous wage gap, unfair progression curve and other behavioral issues women tend to face at work are just some of the persistent factors, putting women at a disadvantage for years.

Hence the second part of the hypothesis that they are more driven, as they value the opportunities given to them, much more than men. They are more eager, consciously, or unconsciously to prove their worth, whenever presented with an opportunity.

Another perspective is to look at the success rates or academic records of men and women studying together in schools & universities. You will find one thing in common. That women always tend to outperform men. So, until they get equal opportunities, they outperform men comfortably. The moment the gulf in opportunities arises, either because of unfair corporate treatment, societal constraints, family commitments among other factors, men tend to take the high road of unproven
superiority.

I would humbly accept that at times, even I have thought, that maybe men have a better sense of business and commerce (lets accept we are inherently greedy and materialistic) but then on deeper analysis, I concluded that if given an equal and fair opportunity, women will beat men fair and square.

Do we see a connection here between under-representation of women in the corporate world and high leverage corporations facing tremendous financial risks at the current time of the COVID-19 Pandemic? Let me not open a can of worms here. There is substantial evidence that gender and cultural diversity in corporations augment a company’s performance and lead to more innovation and balanced decision making. It’s time to cut the stereotype and get our women their due share of opportunities in schools, homes, and in corporations.

There is an ever-increasing and unequivocal support and acceptance of the superior leadership of women, with personalities like Barack Obama, calling women ‘indisputably better’ at leadership than men. We do not have to go back in history at all, to fetch examples of the same. Well, who is the Prime minister of the country, which recently eliminated COVID-19 with ‘HER’ exemplary leadership and has drawn global praise? ‘SHE’ just did not flatten the curve, ‘SHE’ hammered it to the ground!

Tribal Women Entrepreneurs who are Stars of their Communities, with the Efforts of MoTA