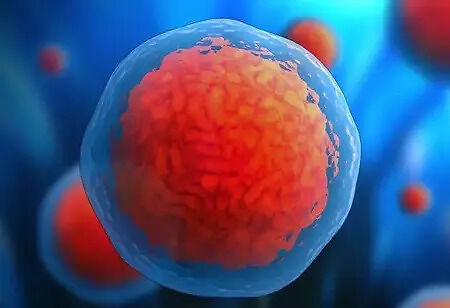 Physiological effects commonly observed in astronauts are the typical space hairdo floating and swaying as they move around in their spaceship. Due to the zero gravity environment, astronauts are prescribed to consume under specific nutrition programs and other lifestyle changes. Among many of NASA’s experiments is that of the genetically identical twin astronauts, Scott and Mark Kelly, whose experiences revealed changes that occurred to more than 800 genes in their bodies. Most genes returned to normal after one of the twins landed back on earth, but some did not, resulting in changes in the astronauts’ genetics and physiology. It was concluded that space radiation could have damaged their DNA.

Other concerns, such as changes to the human cardiovascular system associated with space travel, suggest that astronauts may be more susceptible to arrhythmia and heart muscle atrophy. Also, cells from a real heart are short in supply for research purposes. Hence stem cells could substitute here for their impressive adaptability, making them a great choice in developing tools to treat ailments. However, the earth’s gravity does not exactly help in producing large quantities of stem cells to support various research.

To cultivate stem cells, massive bioreactors are needed. To prevent the cells from clumping together or sinking to the bottom of the tank, they must be vigorously agitated. However, even the act of stirring can harm the cells. Since there is no force acting on the cells in microgravity, they can grow in a different way.

Space is observed as a suitable ground to grow stem cells in large numbers. In the past, a lot of stem cell experiments were carried out on board the International Space Station (ISS), as the microgravity environment there offers a radically different setting in which to research novel techniques and applications. Even while the majority of stem cell therapies won't be available to use them, space could help with one of the biggest logistical challenges to mass manufacture.

Scientists from Cedars-Sinai Medical Center in Los Angeles are researching ways to produce a large batch of stem cells that can further produce other types of cells in the body. It’s also being viewed as a way to treat diseases.

For their NASA-funded experiment, the Cedars-Sinai team launched a shoebox-sized container filled with pluripotent stem cells. It has the pumps and chemical mixtures needed to maintain the stem cells' viability for four weeks. The rideshare trip will enable the researchers to quickly assess the outcomes both in space and on earth. This will offer useful new information that might help open up a promising new area of medical research.

Mary Kearns-Jonker, a transplant immunologist at Loma Linda University in California, has tested cardiac progenitor cells in a clinostat. This device rotates them continuously to reduce gravitational force, to simulate microgravity. Cardiac progenitor cells are tissue-specific stem cells that can develop into the heart muscle.

Her research has found that cardiac progenitors from neonates, but not from adults, seem to multiply better in these microgravity conditions and that they exhibit dedifferentiation—reverting back to a more unspecialized, undeveloped state.

Due to the special characteristics that microgravity bestows on biological tissues and processes, stem cell researchers are increasingly interested in these environments since they may enable the mass production of cells or other products in ways that are not feasible on earth.

“One of the major roadblocks in applying regenerative cell therapies on Earth is the lack of patient-specific cells capable of replacing damaged tissues and organs,” said co-principal investigator Arun Sharma, Ph.D., a stem cell biologist who leads a new laboratory affiliated with the Board of Governors Regenerative Medicine Institute, Smidt Heart Institute, and Department of Biomedical Sciences.

How Microgravity Works on Somatic Cells

In research carried out on ISS, exposure to spaceflight after the addition of osteogenic differentiation factors led to an increase in the expression of genes associated with neural development, neural morphogenesis, and transmission of nerve impulses and synapses.

The same study discovered the increased expression of cell cycle arrest markers, which may indicate greater spatial cell differentiation or activated cellular senescence or quiescence. Additionally, a reduction in proliferation and differentiation has been observed in the HSC lineage.

These recent studies collectively point to a potential universal stem cell response to microgravity across a range of cell, tissue, and organismal experimental models. This response is thought to involve a partial inhibition of the transition from dividing progenitors to cell cycle-arrested, terminally differentiated adult cells.