Kellogg's Business Split: Will they Bustle or Tussle? 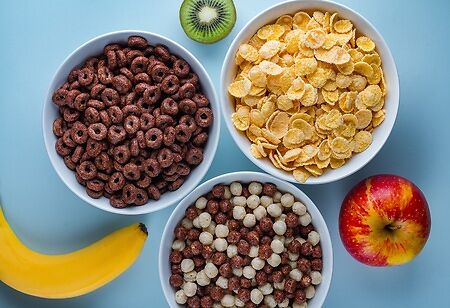 Some mornings, the only reason to wake up is for a cup of coffee. But to start the day, a proper breakfast would not only suffice as an energy booster for the body but the mind as well. That’s why most breakfast cuisines worldwide consist of various nutrients. Cooking breakfast may be the most challenging part of the morning routine for many, making many skip it—all credit to the fast-paced, modern-day lifestyle. Breakfast cereals are often godsent in this regard. The best part is that they are highly rich in vitamins required for the body. The pioneer Breakfast cereal brands such as Kellogg’s became the most popularly preferred breakfast cereal worldwide.

But to say that millions of children grew up with a Kellogg product in their home is an understatement since Kellogg’s is, till date, much of the world’s breakfast providers. Not just that, but it is a great snack to munch on to silence the growl at any point in time or when binging on anime, movies, and favorite shows.

Usually, a company’s split is seen as a step taken towards discarding a particular business that has not been doing well in the market. It has been the case with the recent trends of many companies that seem to be turning their subsidiary companies into standalone businesses.

Kellogg’s has been in business since 1906. It cooked up some of the most deliciously wholesome breakfast cereals like Kellogg’s Corn Flakes, Kellog’s Chocos, and Kellogg’s Fruits, among others which are the most relished versions worldwide till date. The brand had undergone several ups and downs in the market, particularly when consumers started shifting to more health-conscious diets, causing a major downfall in sales across its product portfolio. To nurse the brand back to a healthy form, Steve Cahillane was appointed as CEO in 2017. Fortunately, Cahillane’s arrival helped stabilize the company’s sales, and a strategy turnaround strategy, ‘Deploy for Growth,’ focused on strategy, portfolio, investment, and progress.

As planned, Kellogg’s indeed made changes, especially gaining traction from the health-conscious consumers, by acquiring more health-based brands such as RXBAR. Following the next year, Kellogg’s actually hit the jackpot when it acquired packaged food manufacturer Tolaram Africa Foods. It helped expand the brand across the African market. The heaven continued to stay on Kellogg’s side as the company shifted its resources towards the highest growth categories, such as snacks.

CEO Steve Cahillane said all three businesses have 'significant' standalone potential, although the company is exploring alternatives, including a potential sale for its plant-based business.

Its snacks business has been staying strong for years, making up about 80 percent of the company’s sales, with Pringles making 13 percent between 2019 and 2021 and Cheez-It with nine percent. Since it plans to make its snacks business into a separate company, will it flourish or perish, and what are expert views on the same.

The snacks food market is expected to register a 3.37 percent CAGR during 2022-2027. On-the-go snacking business is becoming most favorable among the working population, teens, and people living away from families, as it helps people in the flow, go with the flow.

Back to Kellogg’s, the purchase of Pringles from P&G and the COVID-19 lockdown scenario helped boom its snacks business, with a six percent YoY growth in North America, according to its last year’s annual earnings report.

Under the current proposal, Kellogg’s business will operate under the Global Snacking Co.

JPMorgan analysts, Kellogg’s snacking business keeps 87 percent of EBITDA (Earnings Before Interest, Taxes, Depreciation, and Amortization). Under this, Pop-Tarts, Cheez-It, Pringles, and Eggo, are said to be accountable for $11.4 billion last year and $2 billion in EBITDA. Their view of Kellogg’s transaction is that of a pair of tax-advantaged divestitures, not a blow-up of the entire company.

In their words, “After all is said and done, the remaining SnackCo will not be that different in terms of EBITDA than total Kellogg is today (even if the portfolio is heavily altered).”

Kellogg’s, however, is looking to add to its portfolio through future acquisitions.

Coming to its plant-based foods business, Kellogg’s plant-based brands will come under Plant Co, and it will be anchored by its MorningStar brand, which will help compete with plant-based meat technologies. However, MorningStar has not succeeded in sales into fast food restaurants, and its profit margin is said to be hit by a slowdown in demand due to meat alternatives.

Overall, the meat-alternatives sales in the US have remained stable this year, with sales growing 0.3 percent during May, according to NielsenIQ.

Gary Stibel, CEO, New England Consulting Group, says that the short-term prospectus for plant-based protein is very good and that Kellogg’s has one of the better brand portfolios in the industry.

BTIG analysts say it's a tough environment currently, as the category is believed to grow slowly.

Let’s look at the breakfast cereals.

Cereals are a Bit Fluctuating

Cereals have been witnessing stagnated growth in the US, as more people were observed to be eating on the go, especially on their way to work. Kellogg’s breakfast cereal brands such as Special K, Froot Loops, and Rice Krispies, which have been its lifeblood for decades, seem not to be pumping enough blood lately. Even though the pandemic helped Kellogg’s and other cereal brands by making people contribute their time for breakfast, Kellogg’s expects flat revenue growth for its future North American cereal business.

Now, its cereals will be stationed under the North America Cereal Co, which intends to focus on ready-to-eat cereal. Ideally, the spin-off is expected to regain market share cereal segment and will drive profit as well as sales growth.

A Win-Win for Investors

If the spin-offs go as planned, both North America Cereal Co. and Plant Co. shares could expect tax-free distributions.

Those who invested prior to the split plan will receive new shares on a pro-rata as per their holdings on the record date. Those looking to invest before Kellogg’s split should consider the value and potential of each company. Each has different profiles and caters to different markets, and hence will carry a certain appeal.

Aside from the company’s specifics, simply becoming a separate entity will create its own asset. Besides, if these companies were to go culturally and regionally, not only would they better capitalize on consumer preferences, but they will also be able to move quicker and smarter than they were together.

Kellogg’s main reason for the splits is that it hopes to generate stable revenue as a standalone company while improving profit margins.