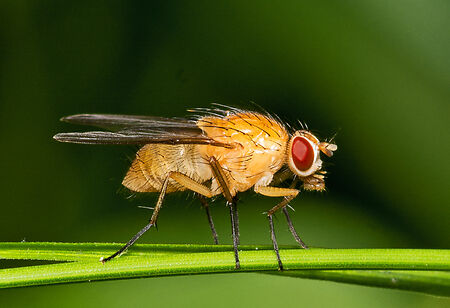 Harvest season means fresh fruits, vegetables, grains, other food grains, and of course, the uninvited guest, the fruit fly. Fruit flies are hard to rid, as each lays about 500 eggs on the surface of rotting or overripe fruits, vegetables, and other sugary food products. The larvae feasts on the fructose substance of the host until their adulthood. They also tend to cause health issues, mostly from the bacteria they carry, such as salmonella, e.coli, and listeria, which result in food poisoning.

Even South Australia, the only mainland state that claims to be pest-free, with Riverland being its own pest-free destination, has a horticulture industry suffering from the case of fruit flies. The region’s 12 continuous fruit fly outbreaks threaten this designation, giving growers access to more international markets and higher prices for fruit from the Riverland.

The first outbreak of fruit flies started in 2020, with the primary industries and regions of South Australia holding many talks on how to eradicate the issue. Many methods were tried and tested, and it started to get harder to access the produce.

Riverland growers are unable to sell fruit in their home state due to restrictions, added with cold treatment and fumigation before the produce could reach the store. As a result, accessing locally grown fruit has become harder for residents and growers. The fruits were sent to the market in Wingfield to undergo a fumigation process and would be picked up and sent back to Riverland the next day. This added to the cost and logistics as well.

Eventually, the number of farmers showing up to the market decreased due to the impact on their business. In attempts to help the rest of the farmers’ business, the local government used the budget only in areas infested with pests. This is to ensure that they can provide funding when it’s required. As the issue aggravated, residents were told to stay indoors.

The state government began stationing Department of Primary Industries and Regions (PIRSA) staff to guide growers across regions on how to deal with the outbreak.

Growers were encouraged not to move fruits off their property. They were then instructed to clean their property of all ripe fruits. In some cases, growers were advised not to keep backyard trees unless they were actively maintained. Then PIRSA would provide waste management directions throughout the quarantine area. The next method was treating fruit flies at home.

Residents were asked to identify the fruit fly-infested fruits by checking for tiny stings on the fruit, which resemble pinpricks. Additionally, they were asked to cut open the fruit to find larvae, which at times, just showed stings instead.

Then, residents had to remove the infected fruits from the tree and have them sit out in the sun for a week or pop them in the freezer to exterminate the maggots. These fruits were then to be put in compost.

Also, the gardeners had to cover the rest of the fruits and vegetables with a proper fruit fly netting material.

The next measure was releasing sterile fruit flies.

How Far the Eradication Methods Succeed?

Last year, the idea of sterilizing fruit flies was rolled out across five regions in South Australia that suffered outbreaks. More than 2.5 million sterile fruit flies were released in the five regions, costing local farmers and communities millions of dollars.

Backyard tree owners had to strip their trees of fruits to help get back the horticulture industry’s fruit fly-free status. About 33 tons of fruit were collected, costing $ 4 a case for owners to treat their fruit.

The aim of this mission was to end the lifecycle of fruit flies, and it did exactly that.

The technology deployed here was effective, as it involved the breeding and sterilizing of male fruit flies before being released into an area with a wild population of fruit flies. On a weekly basis, about 3.5 million fruit flies were released.

On to the next method, dogs are being appointed to sniff out the pesky critters that reign terror over South Australia’s horticulture industry.

Canine on Patrol to Stop the Fruit Fly Infestation

As part of a month-long effort to eliminate the issue, two sniffer dogs will look for fruit fly larvae in orchards in the Riverland region of South Australia.

Authorities anticipate that Max and Rylee will be able to sniff out “hotspots” of fruit fly larvae, preventing the need to cut open and destroy the produce.

They will start working in October, which is the start of the harvest.

To train the dogs, sterile larvae were placed in a mesh bag, buried in the ground, or hanged from trees in an orchard.

The dogs are being trained to sniff the odor of larvae and are told to receive a reward for their succession. Naturally, the trainers said that the dogs got excited for that particular reason.

If the trial is successful, the dogs will be used regularly, according to Minister for Primary Industries Clare Scriven.

Early detection of Queensland fruit fly larvae is crucial for stopping it from spreading and taking hold, she says.

If it works, the detector dogs could improve this beneficial effort by making it easier to locate potential hotspots across vast swaths of land.

They will be employed in the Riverland, where there are 15 fruit fly outbreaks.

It’s crucial that we concentrate on the Riverland region in order to regain the pest-free designation, which is crucial for our primary producers’ ability to access global markets.